The BLB for today recites Proverbs 3:6– “In

ALL your ways acknowledge Him, and He shall

direct your paths.” I know that one in Hebrew, both

for me on this Journey.

It’s evident in my life, that when I have allowed the

Lord God to DIRECT my path, THE PATH He

wants me on and to STAY ON, that is exactly what

he has been doing! Anything that He originally

didn’t want to happen, has “faded” out sooner or

later. Any PERSON He didn’t want in my life any

longer, any JOB He didn’t approve of me having,

any PLACE He didn’t want me to LIVE, it got “shut

down” one way or another—it’s truly amazing how

much has transpired in my life, just in the past four

years since I’ve started this Journey.

God doesn’t lead us down wrong paths; WE have

done that to ourselves! HE didn’t set us up with the

wrong person in our lives that some of us eventually

Oh, there are some that would say we HAVE to fail

at some things, in order to learn how to handle

other (and possibly much harder) things in this life;

I agree, but there are HUGE “ticket items” like the

MAN or WOMAN that God pre-destined and

ordained for us—yes, that “special one” that HE

picked out, that perfect “piece” of the puzzle that’s

been missing all of our lives.

I tried to jam in those puzzle pieces that “looked”

miserably, and lost 30+ years of my life either

married to or living with the wrong person.

Hard lessons have been learned, and since the time

I SURRENDERED over my ENTIRE life, including

the RELATIONSHIP part to the Lord Jesus, He

has offered me what He called a “final opportunity”

in “getting it done right”, BUT the catch was, it

HAD to be done HIS way and in HIS timing, no

matter how LONG it was going to take (and of

course,I got no “hints” on that), and how

HARD it was going to be. He told me right from the

beginning of my new Journey, that I would be

entering a “Season of WAITING”, and that it was up

to ME to agree (or not), to wait an INDEFINITE

amount of time, until He worked on MY life. 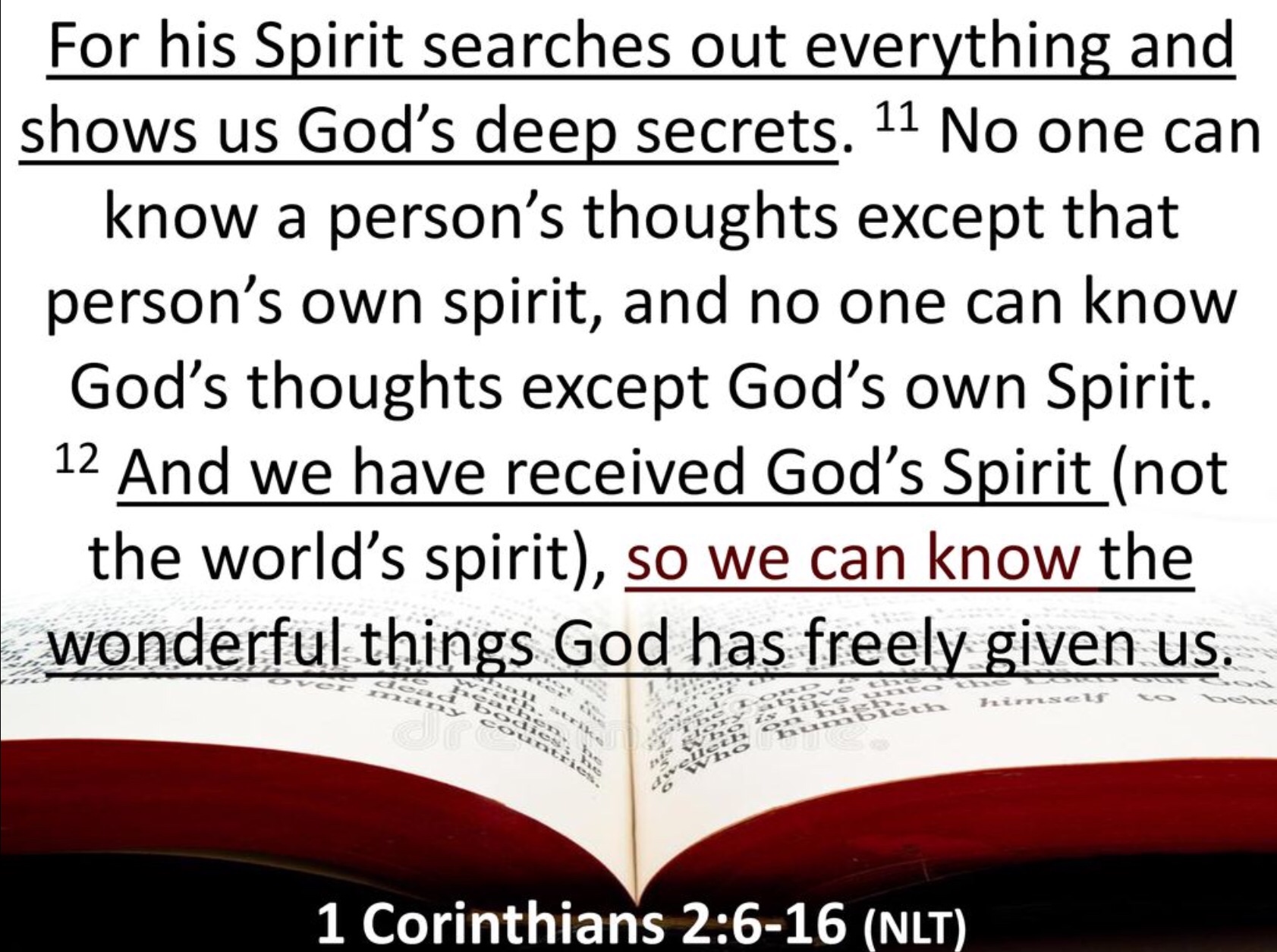 The Holy Spirit said, “The man of MY own

choosing” (His exact words!) was also going to

have to not only be “worked” on, but that “he” also

had quite a bit of “LIFE lessons” to go through as

well, so it was going to be a while. He said though,

He needed to start with ME, and although I had no

issues about that back then, the reason why He

said it that way, I just understood just a few weeks

ago. It’s all about God’s Word being LITERALLY

worked out and proven in my life.

There is a verse in the Bible that says,

“Judgment must begin at the house of God…”

sharing this verse, is because the Lord wanted to

start with ME—that’s exactly what the Spirit said

to me. He was putting His Word into “action” by

starting to get me off those “crooked roads” (see

He destined for me long ago. Luke 3:4-6 mentions

it as well, by the Prophet John the Baptist. He

ways will become STRAIGHT, and the rough roads

That is exactly what happened to me, as

soon as I gave everything over to the Lord back in

December 2016. Even though I agreed to Him

“taking over” those troubled areas in my life,

especially my relationships, it wasn’t until the

when I “sensed” a greater PEACE like I never had

We as humans LOVE to be “in control” of whatever

we can, especially our lives, once we are “adults”. I

wasn’t good at “adulting” back then, and even

though I considered myself a true believer of Jesus

Christ and His Word, I STILL managed to mess up

horribly. Thankfully, He knew just “when” to STOP

all the madness, hear my cries for help, and show

me in the “natural” AND the “supernatural” (YES,

the SPIRITUAL REALM does exist!!), what needed

to be “tweaked” in my life, in order to get me on

that PATH He intended for me.

I didn’t have to feel like I was just “wandering

around” without knowing what I should be doing

anymore. I had gifts, talents, skills and abilities that

He wanted me to USE for Him and His glory, but

also, so that I could get enjoyment and a sense of

VISION and DIRECTION in my life, heading me

finally, on that right path that is NOW leading me to

a GOAL. I’m living it out daily, as I WALK in the

DARK with Him, holding tightly to His Hand as He

leads me down toward my dreams, goals, and

desires, that He wanted me to have all along. It just

had to be done the RIGHT way, and not so I get all

the accolades for it, but that the Lord God gets the

GLORY due His Name in the end. 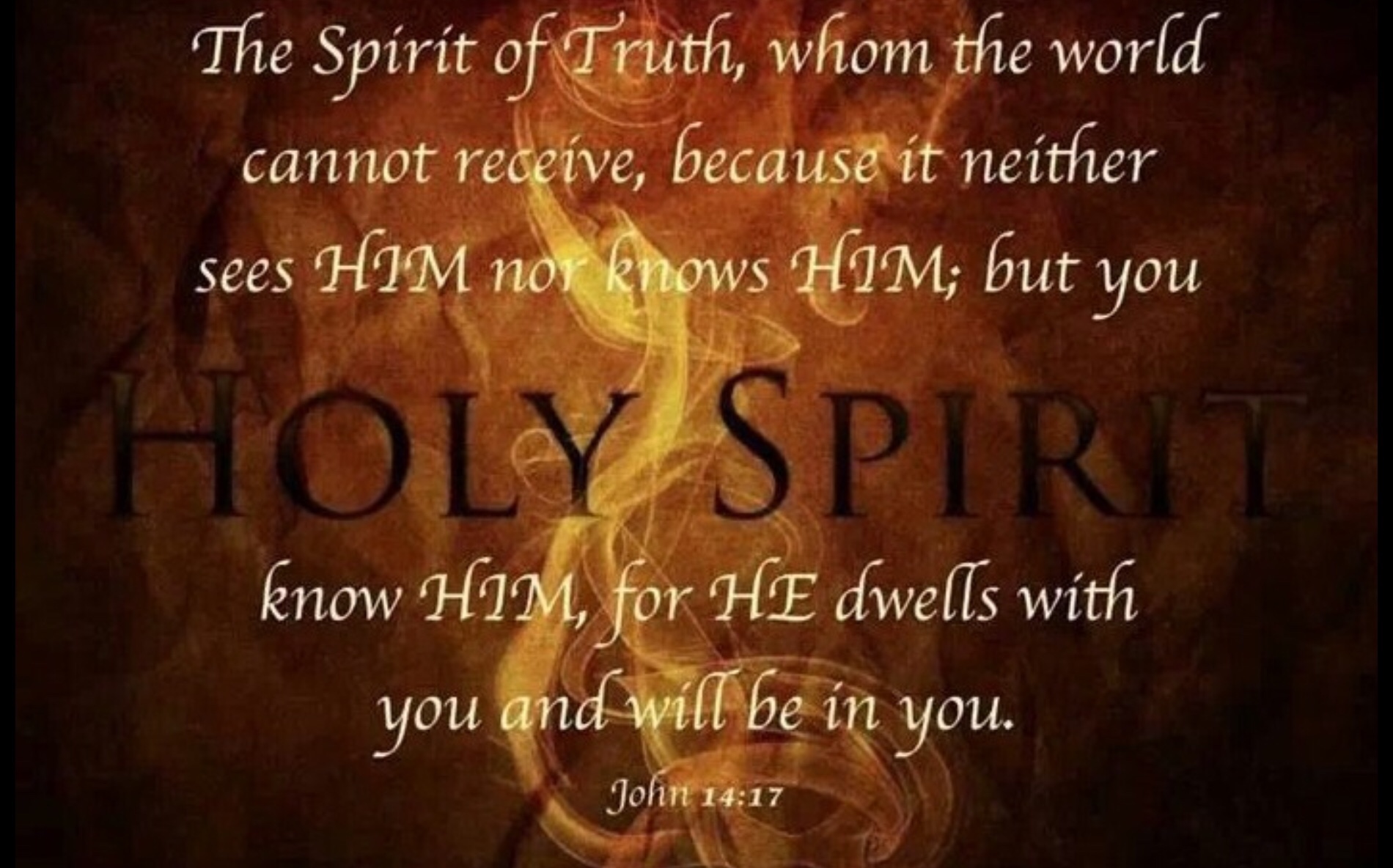 So my life has definitely “straightened out” since

—the “man” I’m waiting for, that the Lord HAS

promised and destined to me, is “still in the works”.

I’ve yet to finish my first book draft, but then again,

if you told me over two years ago, that I would

actually be writing a book, I would have thought

you lost your mind—why would God choose ME to

do such a thing? After all the mistakes I’ve made in

my relationships?? Wouldn’t He be better off

choosing someone who “did it right” the first time,

and NOT have TWO divorces behind them??

Nevertheless, this is what HE chose for me to do,

even though He originally didn’t want me to go

through all that failure and heartache. 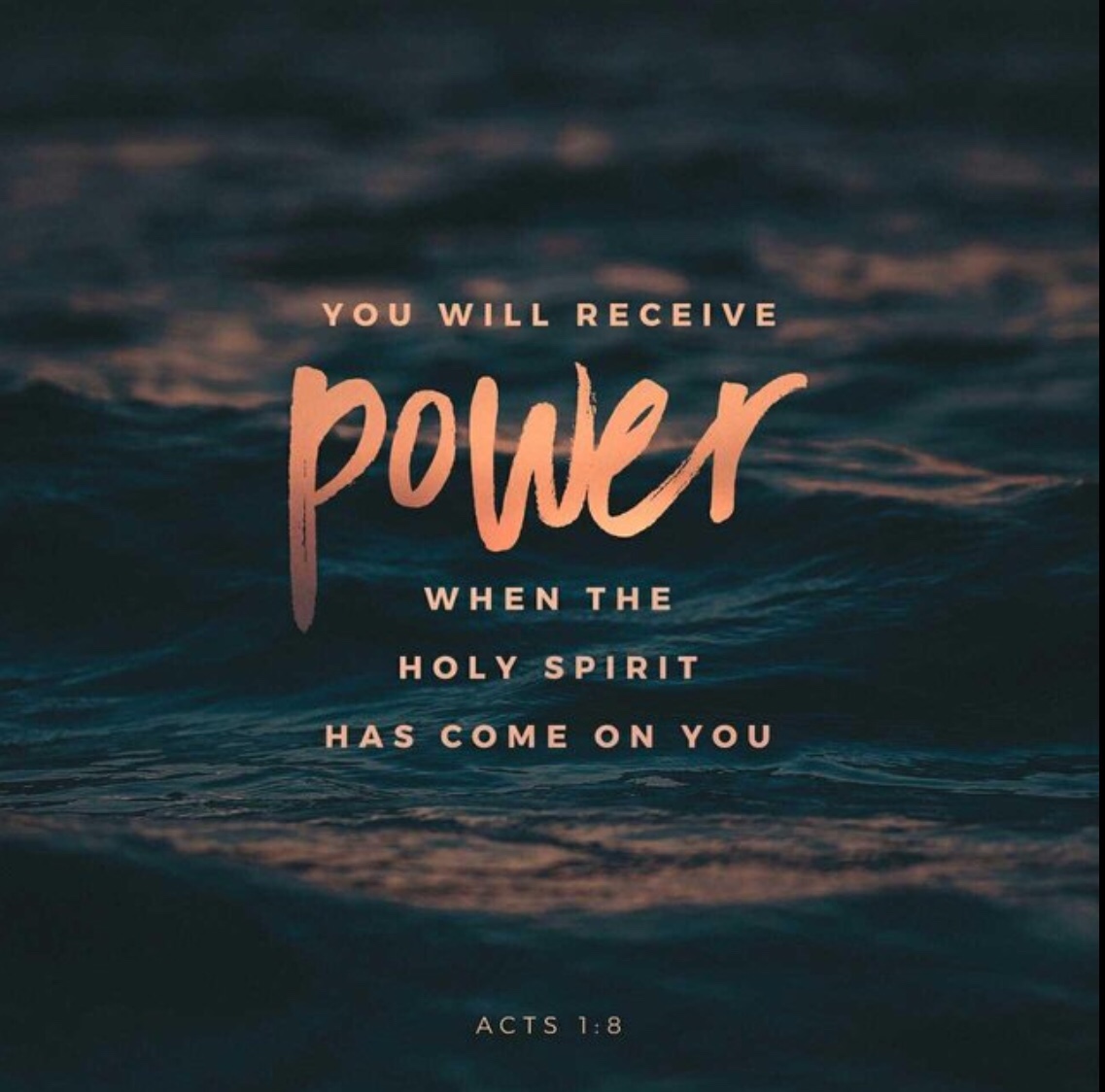 Here’s a powerful Psalm that’s worth memorizing—it’s from Psalm 40:1-5, CSB

version (caps are my emphasis):

“I waited patiently for the Lord, and He turned to

me and heard my CRY for HELP. He brought me up

from a desolate pit, out of the muddy clay, and set

my feet upon a ROCK (Jesus!), making my STEPS

secure. He put a NEW SONG in my mouth, a HYMN

of praise to our God. Many will SEE and FEAR,

and they will TRUST in the LORD. How happy is

anyone who has put HIS TRUST IN THE LORD

and has not turned to the proud or to those who

Lord my God, You have done many things—your

wonderous works and your plans for us; NONE can

compare with YOU. If I were to REPORT and

SPEAK of them (as I do!), they are MORE than

That entire Psalm is awesome. But it is amazing

how these first five verses really tell the story of

how I was, and now who I truly am in Him. I always

was His; but NOW, He has shown me that I CAN use

what He’s given me—the gift of writing, singing,

languages, etc.—all for Him and His glory, and to

LOVING and FORGIVING He is, even with a

It’s never too late to get off those “crooked paths”

and have Him LEAD you onto that “RIGHT

PATH”—it’s waiting for you right now!! Even though

that “man” whom HE chose for my life, isn’t quite in

it YET, I know without a doubt one day, he WILL be.

One of the best things about following the Lord

God—He KEEPS HIS PROMISES. Even though

we’re known to break ours, He NEVER leaves us or

forsakes us (Deuteronomy 31:6), and He NEVER

gives up on us! He lets us know that as long as WE

SEEK Him and ask for His help. 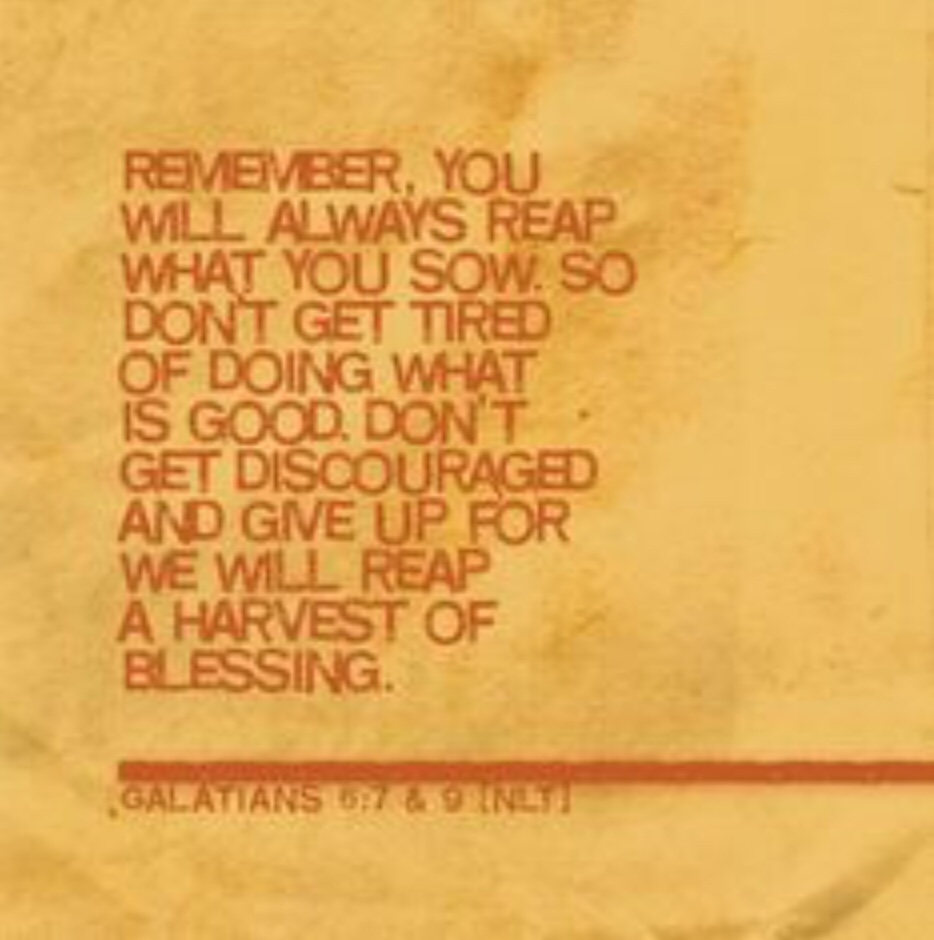 It’s there to grab onto, so DO IT, don’t just say you’re going to, and

from the evil one!!!), BUT of POWER and of LOVE

and of a SOUND MIND.” We CAN have these

Christ; but He also directs those like me to the

“one” He chose for me; A Spirit of POWER—that

is the HOLY SPIRIT that will LIVE inside of EVERY

Believer of Christ—you will have the LIVING GOD

dwelling in you, and you can speak to Him each and

every day asking Him to LEAD and GUIDE you in

all that you need and want to do in this LIFE. And

WHO out there DOESN’T want a SOUND MIND??

To have PEACE, that “peace that passes ALL

understanding”, that GUARDS my HEART and

wouldn’t want more of a peaceful life, going in the

over to Him, and I haven’t regretted it since. My

relationship has only gotten closer to the Lord, and

better with others as well. 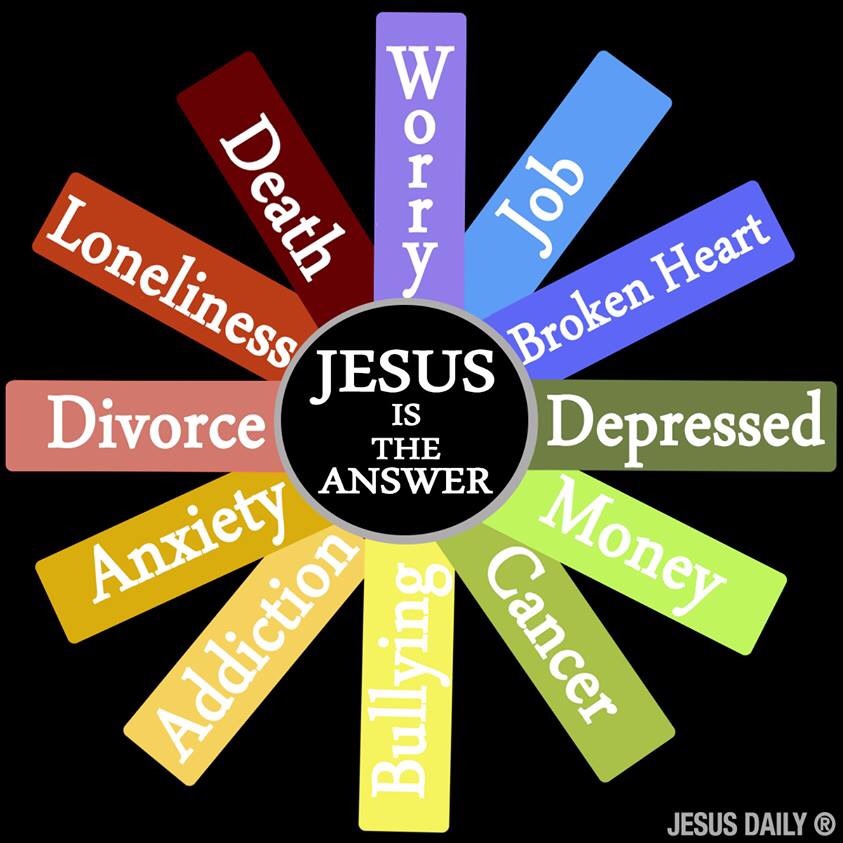 The spiritual realm is beyond any human

Apostle John was saying in the book of Revelation)

good enough to describe what it really means to

WALK in the SPIRIT, and no longer in the flesh(see

Galatians 5:16). You just have to decide for

yourself, to finally acknowledge Him as Lord and

Savior of your LIFE. Once you DO, He WILL

“direct your path”, lead you into all TRUTH (see

Amos 3:7– “Surely the Lord GOD does nothing

unless He reveals His secret counsel to His

He WILL reveal things to you; you only have to BELIEVE, OBEY, and

TRUST in Him. Those ghost hunting shows have

nothing on the Lord God and the POWER He

possesses, and what He gives His people who

WHOLEHEARTEDLY serve Him. That’s a drop in

the bucket compared to the vast OCEANS of

supernatural power and ability the Lord God has,

and INDWELLS in each of His children to use for

the Plan and Purpose He has called and chosen

Go ahead—-I DARE you to WALK that walk of

FAITH!! Learn to “see” what cannot be seen by

human eyes, and “hear” what cannot be heard with

human ears! Take that STEP of FAITH today, and

give it ALL to GOD, and WATCH what He does with

your LIFE!! It will NEVER be the same AGAIN!!